William Rupp (1927- 2002) was born in Philadelphia, Pennsylvania. He received his B. Arch. degree from the University of Florida in 1953, after which he worked in the office of Paul Rudolph until 1955, when he established his own office in Sarasota.

Until 1965, Rupp practiced in Sarasota, partnering at times with Gene Leedy and Joseph Farrell, after which he moved his office to Naples, Florida. In 1968, Rupp moved to New York to work for Morris Ketchum, Jr. and in 1972 to Amherst, Massachusetts to work for Callister, Payne and Bischoff. Between 1978-1995, Rupp taught full-time at the University of Massachusetts at Amherst. Rupp died tragically in 2002 when a fire swept through the house that he had designed and built himself.

This storefront is a rare example of commercial architecture in a regional modern style.

Join us on a tour of the Revere Quality House, Cocoon House and the Umbrella House in July – September, 2021. You can purchase your tickets below… 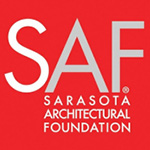 Exciting News for Architecture in Sarasota

The Sarasota Architectural Foundation has partnered in an exciting exhibition with the Center for Architecture Sarasota, Sarasota Alliance for Historic Preservation and the AIA Gulf Coast Chapter. Opening… 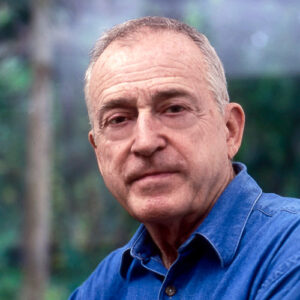 Architects work with a variety of elements. Time is one of them—and Carl Abbott knows it. He was perhaps the youngest Sarasota School architect; he’s now the… 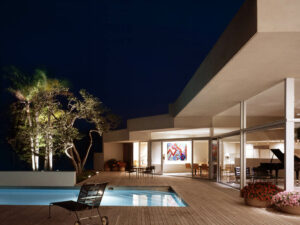 Growing up in South Georgia and Fort Myers, Carl Abbott never thought about a career as an architect. In high school, when he dabbled in painting and… 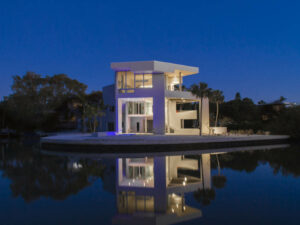 SarasotaMOD Weekend 2020 honors Carl Abbott’s architectural legacy. The pandemic couldn’t stop it — clever thinking saved the day. Thanks to the pandemic, most folks have been…

SAF IS A NOT-FOR-PROFIT 501(C)(3) ORGANIZATION THAT EDUCATES ABOUT, ADVOCATES FOR AND CELEBRATES THE SARASOTA SCHOOL OF ARCHITECTURE MOVEMENT AND THE MID-CENTURY MODERN STRUCTURES THAT EXEMPLIFY ITS FORWARD-LOOKING PRINCIPLES.
PRIVACY POLICY
Sarasota Architectural Foundation © 2021

Learn
Educate. Advocate. Celebrate. SAF is dedicated to increasing awareness of the Sarasota School of Architecture movement.
Support
Donations to the Sarasota Architectural Foundation are tax-deductible.
Join
Enjoy the benefits of an annual SAF membership and support the mid-century modern architectural heritage
SAF IS A NOT-FOR-PROFIT 501(C)(3) ORGANIZATION THAT EDUCATES ABOUT, ADVOCATES FOR AND CELEBRATES THE SARASOTA SCHOOL OF ARCHITECTURE MOVEMENT AND THE MID-CENTURY MODERN STRUCTURES THAT EXEMPLIFY ITS FORWARD-LOOKING PRINCIPLES.
PRIVACY POLICY