In 1953, developer Philip Hiss hired architect Paul Rudolph to create one of the 20th century’s most iconic houses. Built as a speculative house for the contemporary development Lido Shores to attract attention from the road, the Umbrella House measures about 2,000 square feet and is built on a 32-inch module, the width of a standard Sears jalousie window. The dominant feature of the house, the aptly named “umbrella,” was originally built of wood and used to shade the house from the intense Florida sun was lost during Hurricane Alma in 1966. The full umbrella over the pool has been meticulously rebuilt, following almost a year of engineering, planning and fabrication, in 2015. The restoration work received the 2016 Florida Trust Outstanding Award, 2016 Florida AIA Honor Award and the 2016 Florida Gulf Coast Chapter AIA Honor Award. 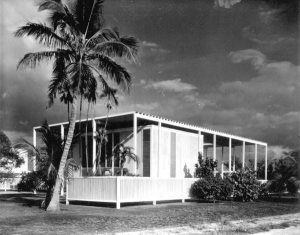 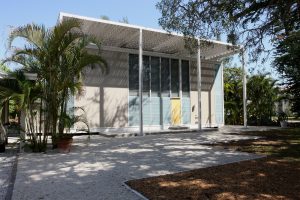 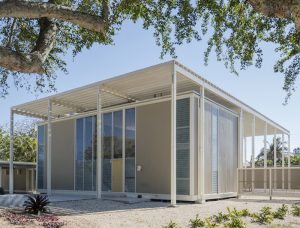