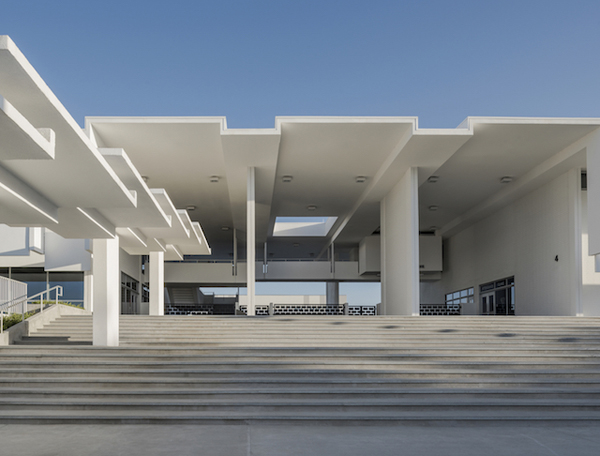 Sarasota High School, a successor to Rudolph’s Riverview High School also in Sarasota (built 1958, demolished 2009), is the equivalent of all the principles that Paul Rudolph developed during the 1950s for his residential structures in Florida, but in a public building: habitable covered outdoor areas, large overhangs providing sun shading, and carefully arranged openings allowing for natural ventilation and light throughout the entire structure.

Although described as an addition to an existing school, Rudolph’s structure is actually physically separated from the original 1926 Collegiate-Gothic Sarasota High School, and can be described as three smaller buildings that are connected by one overall roof.  The main entrance from the south is through an impressive open “breezeway” up a flight of broad stairs.  To the right of the breezeway was a double-height band room, and to the left, a two-story classroom block.  The hallways of the classroom block are technically exterior space since there are no doors shutting them off from the outside.  The second-floor hallway of this block seems to float because of the openings behind the lockers that allow light and air to circulate to and from the skylights above.  A smaller breezeway separates the classroom block from a double-height cafeteria block.  Extending northward from the main building were a single-story locker room block and a double-height gymnasium.

The entire structure is constructed from concrete and consists of thin slabs that provide both the previously-mentioned solar shading and rhythm of solid and void to the overall design.  A county school board chaired by the visionary Philip Hiss commissioned the building, following a construction program of educational buildings designed by local architects.  The building was widely regarded after its completion as an example of forward-thinking and won an Honor Award from the American Institute of Architects in 1962.

During the years 2013-14, The Sarasota County School Board renovated the building, stripping away many minor additions, wiring, and pipework that had accumulated since the building’s construction.  The building’s signature stepped roofline profile was reinstated, windows that had been blocked-in over the years were glazed again, and the original stucco was removed and replaced so that, from the exterior, the building now looks exactly as it did in 1960.  The innovative hallways of the classroom block, however, were demolished in order to provide more interior square footage for the school in the 21st century. 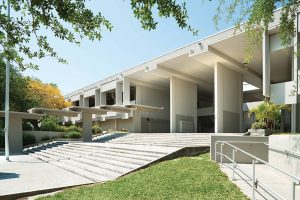 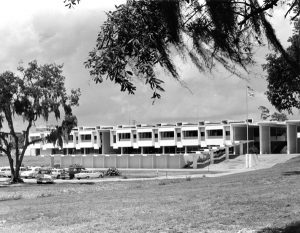 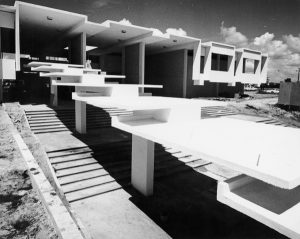