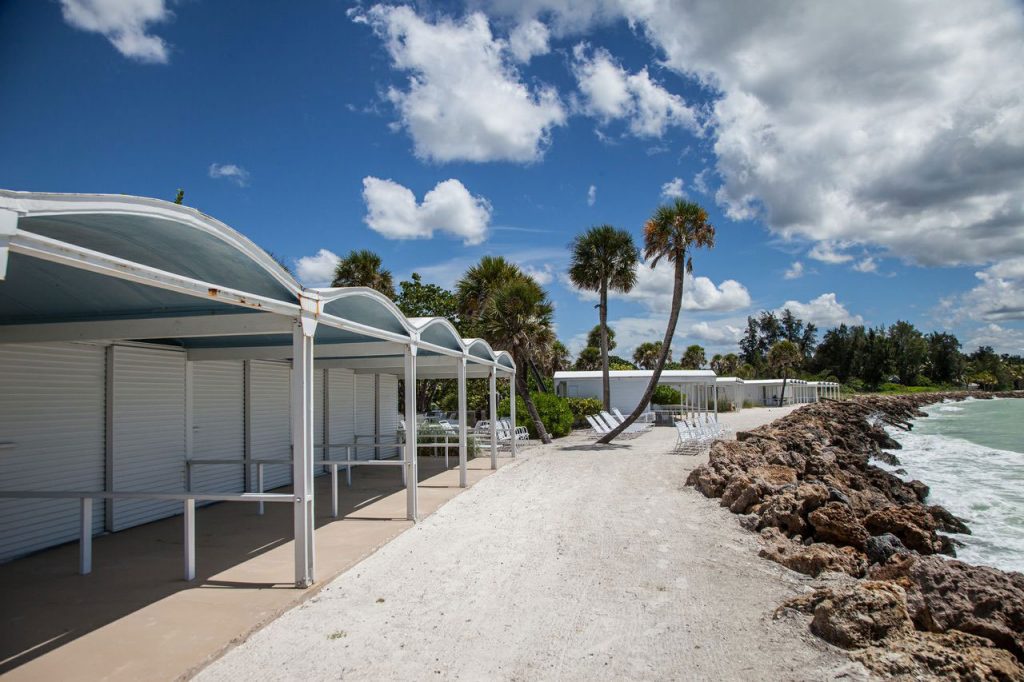 Paul Rudolph, 1952
This complex was Rudolph’s first non-residential project to be constructed after setting up his own practice separately from Ralph Twitchell in 1951. The larger scheme of the development is innovative in that a stretch of beachfront property was developed so that one section contained a common area with access to the water for the rest of the development.

A 5-bay clubhouse was constructed in 1960 by Sarasota architect John M. Crowell. This was extensively remodeled in 1987 to be more sympathetic with Rudolph’s original design. The lookout tower was dismantled in the 1960s due to structural instability.

The cabanas – rented by residents of the community – are constructed of simple wood framing elements with a roof vault system composed of two layers of plywood. Rudolph said that this roof was reminiscent of the nearby waves, although the idea for such a plywood vault can also be seen in his unbuilt design, with Ralph Twitchell, for the Knott Residence, in Yankeetown, Florida, 1951.

A simple 10’ x 12’ enclosed space (without kitchen or bathroom) is matched with a 10’ x 12’ semi-outdoor patio (roof only), doubling the amount of habitable space. Cabana ceilings are painted in dark blue while the framing and roof edges are painted in white.

The cabanas of The Sanderling Beach Club (but not the clubhouse) were placed on the National Register in 1994. 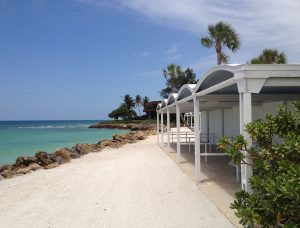