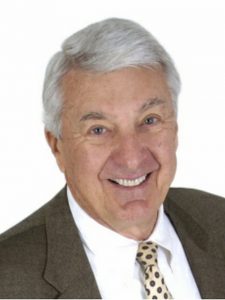 Frank Folsom Smith (b. 1931) was born in Philadelphia, and his family subsequently moved to Virginia Beach in 1932. Smith is a graduate of the University of Virginia and has made an indelible mark on Sarasota’s cityscape. Smith was at the leading edge of retirement center design with Plymouth Harbor, which received the FAAIA Honor and the Test of Time awards. He also won the FAAIA Honor Award for Sandy Cove on Siesta Key. In the 1980s, Smith rehabilitated over 20 downtown Sarasota buildings built in the 1920s; several, known as the Burns Court Historical District, are now on the National Register of Historic Places.